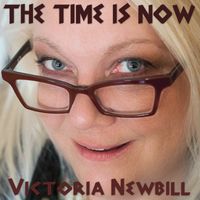 From the recording The Time Is Now

Sometimes we meet and love people who have been so abused that it seems like a TV movie...oh wait, there were a few written about my friend, Laurencia (Laurie) Bembenek. A victim of police corruption, Laurie spent the rest of her life trying to clear her name after a murder conviction that garnered International fame.

Media Murderess- a bunny with teeth
However you slice it she got no relief
Accused, bemused, confused by the dudes
With x-ist, fucked up attitudes

Poised to point the finger at the -ism bringers
They’d cut the cadets after they’d been through the wringer
Civil Rights are mighty important ones –
When you’re on the killing end of guns, YO!

Affirm your squirmy Actions, Milwaukee WI Police
Something in the air smells like feces...

She had to get a job to pay her expenses
The Playboy Club was no shock to the senses
A Bunny uniform made her the money
The department denied her – now isn’t that funny? NO

Resistance is futile when the media strikes
Of course she’s a conniving murderous wife
Of a guy who has it all except for his house,
His kids, his revenge and his ex-spouse

It’s sorta about clearing her name,
‘Cause larger than life she was exposing the game
It wasn’t about just “one dumb Bunny”
It was all about politics, dicks and money


Pardon me, Governor of Wisconsin USA but could you pardon Laurie? She suffered so terribly: being framed for murder, prison time, a prison escape, America’s Most Wanted, International plea bargains to avoid another media mockery of a trial...hardly anyone let her forget her “fame shame” ... TV movie with Tatum O’Neill...Could you just pardon her in death?...Pardon Laurie for all of us who seem to still care about police corruption, Civil Rights and the media rush to judgment because a story was sexy like Laurie...if you can’t pardon HER, then pardon my continued disgust and frustration over this messy miscarriage.
Run Laurie Run